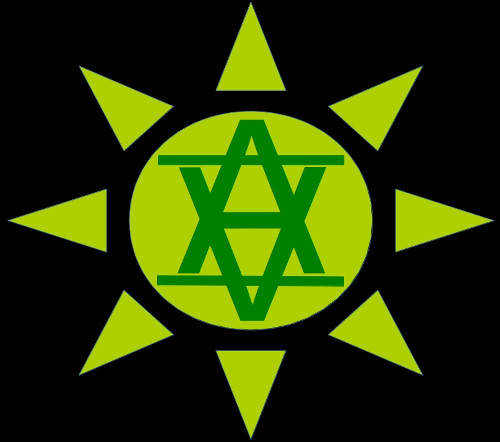 In the case of our graphic here then by association:

The Upward pointing A represents the A of Astronomy, a reasonably modern Science of Physics (Left Hand Brain/Masculine)

The Downward pointing A represents the A of Astrology, an ancient Science more associated with Meta Physics (Right Hand Brain/Feminine)

Astronomy grew out of Astrology, the more ancient art, but still uses many of the terms it inherited from its ancient sibling

It's rare these days that we find astronomers who respect astrology, but in my view we can never get the full picture about anything unless we study BOTH sides of the equation and use BOTH sides of our brains, and that's what I plan to share with you here on this site

But in the meantime please check out an example of 'Astronomology' featured at the Wiki Page of the Universal Celestial Calendar: